N Ravi Shankar | Administrator, USOF & MD, BBNL
Shri N. Ravi Shanker, IAS, Additional Secretary & Administrator, USOF, Department of Telecommunication, Ministry of Communications and IT, Government of India, is presently appointed as Chairman-cum-Managing Director (CMD) of Bharat Broad Band Network Ltd., New Delhi. He is a 1980 batch IAS officer of UttaraKhand cadre. Prior joining as CMD at USOF, he was Joint Secretary at the Department of Electronics & Information Technology (DietY), where his core areas were e-Infrastructure and e-Learning and overseeing key projects across India.

Osama Manzar | Digital Empowerment Foundation (DEF)
Osama Manzar is a convert social entrepreneur spearheading the mission to overcome the information barrier between India’s rural sector, and the so-called developed society, through Digital Empowerment Foundation (DEF) – the not-for-profit organization founded to accomplish the mission. He is a Member, Working Group, Internet Governance Forum of Ministry of Communication & IT and was a Member, Task Force on Growth of IT, ITES & Electronics HW Manufacturing Industry, Ministry of Comm & IT, India.

R. Sukumar, | Editor, Mint Newspaper
R Sukumar is the editor of Mint, India’s second largest and fastest growing business newspaper. At Mint, Sukumar has “already been instrumental in the planning and subsequent execution of an editorial strategy that remains focused on delivering strong, insightful content to our growing readership, while constantly striving for a higher performance that lives up to Mint’s industry-leading ethical values and transparent journalism standards. An engineer and an MBA, he held senior editorial positions in The Hindu Business Line, where he started his career, and Business Today, before joining HT Media Ltd as part of the start-up team of Mint.

Dr Rajendra Kumar, | Joint Secretary (mGov), Department of Electronics & Information Technology (DeITY)Dr Rajendra Kumar is a 1992 batch IAS officer of the Tamil Nadu cadre. He holds a BTech from the Indian Institute of Technology, Kanpur, and a PhD from Massachusetts Institute of Technology (MIT). He has played a key role in creating a framework on mobile governance. In his current position as a Joint Secretary, e-governance, Department of Electronics and Information Technology (DeitY), he is overseeing the migration of the National e-Governance Plan (NeGP) to the next phase.

Tomi T. Ahonen, | Author, Consultant & Motivational Speaker, Hong Kong
An independent consultant and motivational speaker in the converging areas of mobile telecoms, internet, media, advertising, credit and banking, social networking and virtual reality, Tomi lectures on these topics at Oxford University for which developed the short courses for 3G services, 3G business, mobile-TV and 7th Mass Media. Mr Ahonen is seen annually at about 20 conferences on six continents. The father of several of the industry’s most used theories, tools and concepts, and a founding member of several industry groups, as well as being the holder of a telecoms competitiveness world record, Tomi Ahonen has been quoted in over 300 press articles starting with the Wall Street Journal, Financial Times, Business Week, Economist, etc and is regularly seen on TV; he writes several columns and articles to industry press every year.

mohammad choudhary | Executive Director, Telecoms Industry Leader, PricewaterhouseCoopers
Telecoms, media and technology executive with 23 years’ experience spanning strategy, sales, commercial and business development across emerging and developed markets, Mr. Chowdhary is presently heading PwC’s telecom practice in India across all lines of service including Consulting, Deals, Risk, Tax and Assurance. Prior to PwC, he shaped Vodafone’s data services strategy for emerging markets, drove IBM’s Telco off-shoring and NGN strategies in the mid 2000s, and at PwC directed the advisory effort into 20+ telco privatization and sector reform programs. Worked in 71 countries, lived in 7 and speaks 6 languages. Mr. Chowdhary is a non-executive Board Member of mPower Limited, a pioneering m-health company in emerging markets. Board Adviser to OnDeviceResearch, a privately held company pioneering mobile device-based market research. Adviser to the GSMA on Mobile Health and Connected Living. Previously served as adviser to the World Bank on privatisation in Africa, and to the Bangladesh PM’s Office on telecom policy.

Reshan Dewapura | , CEO, ICTA, Govt. of Sri Lanka
Reshan Dewapura holds a Bachelors Degree in Electronics and Telecommunications Engineering from the University of Moratuwa, Sri Lanka and a Masters in Project Management from the George Washington University, U.S.A. He has been in the ICT industry for the last 23 years with over 17 years experience in driving large, complex ICT programs and projects. Immediately prior to joining ICTA in 2003, Reshan worked with Hewlett Packard Professional Services in Europe, Middle East and Africa for almost a decade, where he managed some of the largest ICT projects for HP, including the global transition activities of HP’s largest multi-national ICT out-sourcing contract. Reshan is a recipient of HP’s coveted top Achievers Award for outstanding contributions. He is also a Board Director at Sri Lanka CERT and the LK Domain Registry.

Binay Tiwari | Global Marketing Head, Vserv.mobi
Binay Tiwari heads Global Marketing efforts at Vserv. Prior to this, he led the Vserv Marketplace and was instrumental in growing it to global scale. His passion for the Internet has been the ‘pole star’ of his career journey spanning Tata Broadband, Vodafone & InMobi.

Ms. Sudha P. Rao | Adviser (WCD), Planning Commission, GoI
Ms Sudha P. Rao is an officer of Indian Economic Service (Batch of 1981). At present she is working as Adviser, Women & Child Development Division. In Planning Commission she has been in charge of Programme Evaluation Organisation & Socio-Economic Research Division. She has also been Adviser Voluntary Action Cell and Handlooms & Handicrafts Cell.

During the three decades of her career she has served in various capacities in different Ministries. Among others, she has worked both as Director and Adviser in the Commission for Agriculture Costs and Prices.

Natesh B V | Director – Emerging Markets, Nokia India
Natesh is the Director (Emerging Markets) for Nokia. In his role, Natesh is responsible for evangelizing and growing the emerging markets services portfolio such as Nokia Life : A initiative to plug information gaps for the next billion. He also focuses on building a vibrant knowledge ecosystem, partnerships and strategic alliances. Natesh has over 16 years of experience in the consumer markets of India & APAC. He has been associated with Nokia since 2002 & has held various positions in sales, marketing & new business creation. Natesh has served as a featured speaker at a number of industry & related forums in Asia. Natesh has a Master’s degree in Engineering and a MBA from the Indian Institute of Management, Bangalore.

Gautam Chikermane | Eminent Journalist, New Delhi
Gautam Chikermane is one of the leading journalists of India. Over the years, he has served as Executive Editor (Business) at Hindustan Times, Editor (Special Projects) at the Indian Express; Executive Editor at the Financial Express; and Executive Editor at Outlook Money. Currently, he is serving as Director at Financial Planning Standards Board India where he also served as the Chairperson from 2009-11, and has been the Chairperson of its Education Committee since 2001.

Arjun Basu | Co-Founder & Director, MyDala
Arjun Basu is Co-Founder and Director at mydala.com. He is responsible for shaping the strategy and direction of mydala, as well as overseeing the financial operations and investor relations. Prior to starting mydala.com, Arjun was a Director at Capital Fusion Partners, where he focused on promoting new businesses and raising capital. He has also worked with Capital One Bank where he managed a multi-billion multi-strategy investments portfolio. His investment focus was primarily on commercial real estate bonds (CMBS), as well as direct investments in commercial real estate and financial technology businesses.

Amitabh Singhal | Board Director – .ORG, PIR
Amitabh currently sits on the Board of .ORG, the Public Interest Registry, based in Reston, Virginia. He is the Director of Telxess Consulting Services Pvt. Ltd. and Vcon Services Ltd. He was a Founder and former President of Internet Service Providers Association of India. He also was a founder, Board Director and CEO of National Internet Exchange of India (NIXI). He helped conceptualize and set up NIXI as a public private partnership between ISPAI and Department of Information Technology, Government of India and was involved in restructuring NIXI as an autonomous Registry and Regulator of the .IN Domain (Indian ccTLD), including its commercial launch, drafting and implementing the INDRP, and appointment of Registrars, etc. He is also associated with Internet Governance Group of the Department of IT.

Amir Ullah Khan | President of Glocal University
An economist working as a Senior Policy Advisor with the Bill and Melinda Gates Foundation, he holds a PhD in Commerce and Business Studies from the JamiaMillia Central University at New Delhi. Additionally, he is a Post Graduate Diploma holder in Rural Management from the Institute of Rural Management (IRMA), Anand, Gujarat. An erstwhile officer of the Indian Civil Services, Dr. Amir has worked as a researcher for the Ministry of Finance, Government of India and the UNDP at Project LARGE (Legal Adjustments and Reforms for Globalising the Economy). Besides these, he has worked in various capacities with EU, British High Commission, OXFAM, Ashoka Foundation, USAID and Deutsche GesellschaftfürTechnischeZusammenarbeit (GTZ).

Mahesh Uppal | Director COM FIRST (INDIA) PRIVATE LIMITED
Dr. Mahesh Uppal obtained a Ph.D. in Chemistry from Indian Institute of Technology, Kanpur, and later, an MA in Communication Policy Studies from City University, London. He has carried out academic research in several major universities in India and United Kingdom including Indian Institute of Science, Bangalore, Sussex and Cambridge University. He has over 20 years of consulting experience in telecommunications- in both, its roles as a major industry and utility as well as a tool to deliver national development, productivity and competitiveness. He has been actively involved in the sector since the formative years of regulation and competition. He contributed extensively to the setting up of India’s regulatory body for telecommunications(TRAI).

Maya Makanjee | Chief Officer, Corporate Affairs, Vodacom Group Limited, South Africa
Maya was appointed as Chief Officer: Corporate Affairs for the Vodacom Group in June 2012. Prior to that, she was Chief Executive Officer of FinMark Trust. Her experience ranges across a number of areas in various industries in Africa and Asia. She has held director positions in Human Resources, Marketing Communication, Corporate Affairs, Strategy, and Business Reengineering. She has worked in the financial services, telecommunications, consulting, and fast moving consumer goods industries.
Maya holds a Bachelor’s degree in Dance from the University of Mumbai, a Bachelor of Commerce degree from the University of Natal and a Master’s degree in Business Leadership (MBL), graduating cum laude, from the University of South Africa.

Pranshu Singhal | Head Sustainability, Nokia
The strongest citadels have been built from the deepest foundations and that is how PranshuSinghal developed his career in sustainability. He was the Executive Officer at CII where he managed Environment & Development projects of CII with international agencies and consulted corporations on EMS implementation up to 2002. He took on a joint freelance assignment of Philips, Motorola, Panasonic and Nokia where he developed Key Environmental Performance Indicators (KEPIs) method for assessment of life cycle environmental impacts of mobile devices, which launched him as a Project Manager at Nokia, Finland in 2004.
Leave Comment 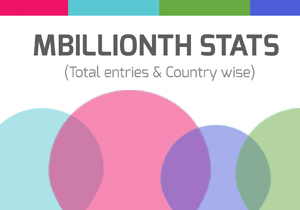